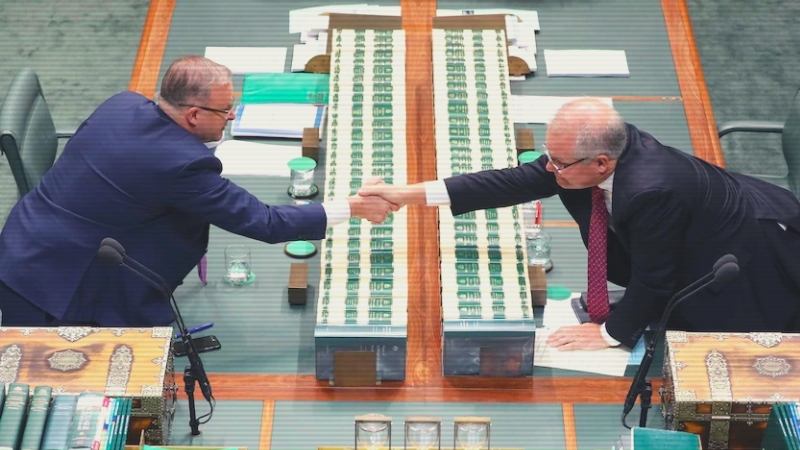 Major parties are the political parties that have enough seats to form a government and sufficient electoral strength to form the principal opposition party when defeated in an election.

We’ve all heard about the two major political parties in Australia: the Australian Labor Party and the Liberal Party of Australia but how did these parties start and what do they stand for?

The Australian Labor Party (ALP) is Australia’s oldest political party and was founded in the 1890s following the trade union movement. They were established as a federal party in 1901 when they gained 16 seats in the House of Representatives and 8 in the Senate, allowing them to be involved in national politics and giving them considerable power.

Their focus is on achieving strong industrial outcomes, fair working conditions, entitlements, and wage growth to represent the interests of the working-class population in Australia. The ALP’s values fall ‘centre-left’ on the political spectrum. This means that their focus is more on achieving social justice and equal opportunities for all with policies focusing on health, education, and welfare. Currently, the ALP have 68 seats in the House of Representatives and 26 in the Senate.

The Liberal Party of Australia (LP) was founded during the Second World War in 1944 by Robert Menzies to represent those who did not rely on the government for assistance such as high-income earners and property owners. The LP’s values fall ‘centre-right’ on the political spectrum with their policies and values promoting free enterprise and individual liberty and self-reliance with limited control from the government. Currently, the Coalition – that consists of the Liberal Party of Australia, the Nationals, and the Liberal National Party of Queensland – forms government, holding the majority of seats in the House of Representatives (76) and in the Senate (36).

What are the major parties doing on climate?

Here’s what the two major parties are promising to do for the climate if they are re-elected/elected into government in this 2022 election:

Are the climate targets set by these major parties enough to tackle the climate crisis? No! That’s where the minor parties like the Greens and independent candidates come in. You can read all about them here.