Did you know there's no such thing as "wasting" your vote? And it's all because of a cool lil thing called preferential voting... 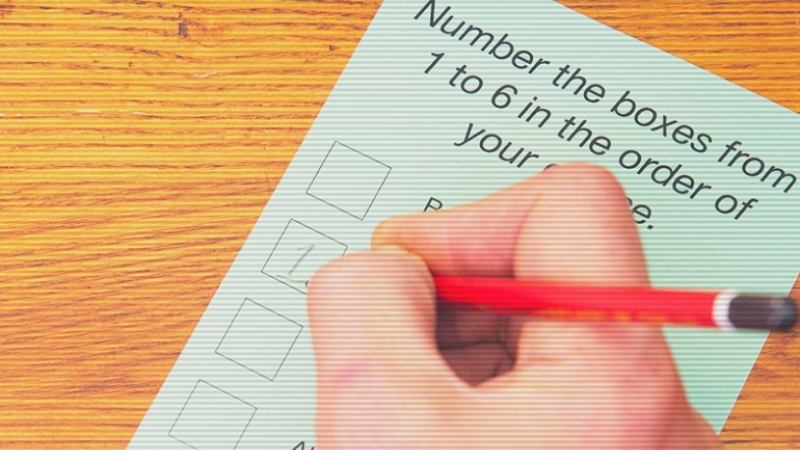 Preferential voting is a system that takes your preferences as a voter into account. It ensures that the selected candidate represents the views of the majority of the population. The best thing about this system is it means you can’t “waste” your vote!

How does that work? Let’s break it down...

When you vote for the House of Representatives in Australia, you must preference all of the candidates for your electorate with 1 as your favourite. A candidate wins if they have an absolute majority of 51% of first preference votes. Simple.

However, say there are three candidates and none of them reach over half of the number one votes.

When this happens, the candidate with the least amount of votes is removed from the running and their votes are reassigned. In this case, everyone who voted Orange as number one will now have their votes redistributed to their second preference: Green or Purple.

Now, Purple has achieved over a 51% majority and they’ve won!

This is why preferencing is so important and strategic - your second, third or sometimes even fourth vote can count towards a victory. It also means a vote for an independent or smaller party is never a waste. You lose nothing by voting for the person who best represents your views.

It also means that you can vote for a climate friendly candidate and even if they don’t reach a majority and your vote goes toward a particular major party, the data will show that you have a preference for progressive policies. This data is used by the major parties to help determine policy choices. Independents and smaller parties who receive over 4% of first preference votes also get more funding for future elections.

If you plan to vote for a major party, it would be in that parties best interest to put the other major party at the bottom of your preference order. If you plan to vote for a minor party or independent then it is wise to consider where you place the major parties - particularly those who have a relatively safe seat in your electorate. What really matters is that you put the parties in the order of your preference - just like the name preferential voting suggests!